Hobsons finds the transformative power of presentations, revolutionizes their workflow, and delivers superior content to their clients with the help of Beautiful.ai.

Hobsons is an education technology company that enables educators to improve college and career planning, admissions and enrollment management, and student success and advising. As a company that works with higher education, it’s important that their client-facing presentations represent their brand standards. Hobsons Senior Strategic Consultant and power presenter, Graham Tracey, had a strong aversion to PowerPoint. He says, “I tend to lean toward a simple, minimalist kind of a presentation, but yet I found it very difficult to do in PowerPoint.”

As fate would have it, Graham ran into a Beautiful.ai advertisement on Facebook after years of frustration with PowerPoint. His initial reaction was, “Okay, artificial intelligence to create decks? That’s interesting.” However once he explored the platform he realized that our templates were encouraging him to think in new ways and his ideas spewed out. Graham kept Beautiful.ai as his own secret weapon until his colleagues started to catch on. They’d say, "Wow, that was a great deck. Where'd you get that? How did that happen?" Eventually, the Hobsons team adopted Beautiful.ai.

Creating decks isn’t a chore anymore for Hobsons. Beautiful.ai helps cut down the tedious, less favorable parts of the presentation process. “We can spin something up relatively quickly by just pulling content and having all the decks in one place,” Graham says. He adds that it isn't a lot of elapsed time being saved, but more of the disrupting time, which has totally changed their workflow. With Beautiful.ai he isn’t having to disrupt what he’s doing to go ask somebody where a piece of content or a particular slide deck is saved. Instead, it’s all accessible on the cloud.

Centralizing content has changed the way the team works, making creating presentations up to 80% faster. “If I were to compare having to do the same thing with a PowerPoint deck, it would take me much longer,” Graham says, “For me personally, I’m 80% more efficient, but other people might be closer to 60% more efficient.” Beautiful.ai creates this space for the team to become more creative with less effort. Instead of just saying, "that's good enough" because you're tired and frustrated with wrestling with PowerPoint, you have more room to explore different ways to tell your story. He adds, “When you're doing things with the PowerPoint model, you end up cobbling things together and just sort of continuing to expand a crappy single deck instead of really thinking about how to reuse your objects in a more design-oriented mindset.” Being able to leverage Beautiful.ai for more productive service delivery has been a game changer for the team.

"Look, think about this not as a presentation tool, but as a means to deliver the service that you're trying to deliver to clients."

At Hobsons there's a unique blend of the creation of new decks and the content management of pre-existing decks. Regardless of the presentation, the team has a high standard for everything that’s client-facing. Before switching to Beautiful.ai, they were seeing a lot of mismatched slides and contradicting templates that were bringing down the quality of the overall presentation. Now, they’re able to implement new standards with a quality foundation from Beautiful.ai that people don’t have to think twice about. Gone are the days of random clip-art and inconsistent branding. The ability to lock in their branding has created new efficiencies for the business that were missing with other tools.

One of Graham’s favorite features is the shared library. Specifically with the Team Plan, he sees the value in the librarian capabilities for content control and management. Being able to lock the design of certain slides, and have it all stored in the cloud, helps to streamline the presentation process. Teammates can easily copy over slides or decks from certain templates and they’re already on-brand and ready to go.

Beautiful has become the backbone for Hobsons’ delivery methodology. The efficiency and branding control opens up the ability to deliver their consulting experience without having to waste time on custom designs for each client. Instead, they can focus on what they’re trying to convey with the presentation and let the tools and AI take on the heavy lifting so it’s represented in a more clear way. It has created the space to help them make a better, more substantive presentation.

Graham adds, "Look, think about this not as a presentation tool, but as a means to deliver the service that you're trying to deliver to clients." Beautiful.ai is the platform that enables it to be done efficiently with high quality, all while maintaining brand standards. Beautiful.ai has been transformative for Hobsons in that they can produce content so much faster and get it into the hands of their clients quicker.

“We need our decks to be fairly rich and robust so that they would be something that could be a leave-behind as a teaching tool,” Graham explains, “It's really about being able to provide more value to a client by way of being indispensable for them with getting them to think about things they've never thought before and really changing business processes.” Beautiful.ai helps Hobsons do that. 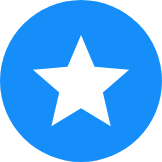 How other teams use Beautiful.ai

Give your team design superpowers with Beautiful.ai