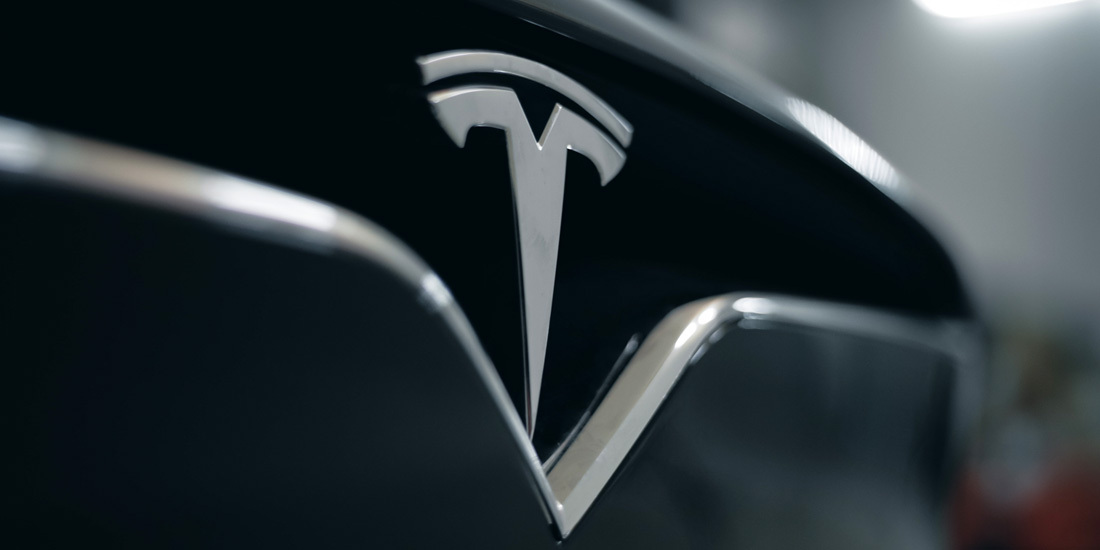 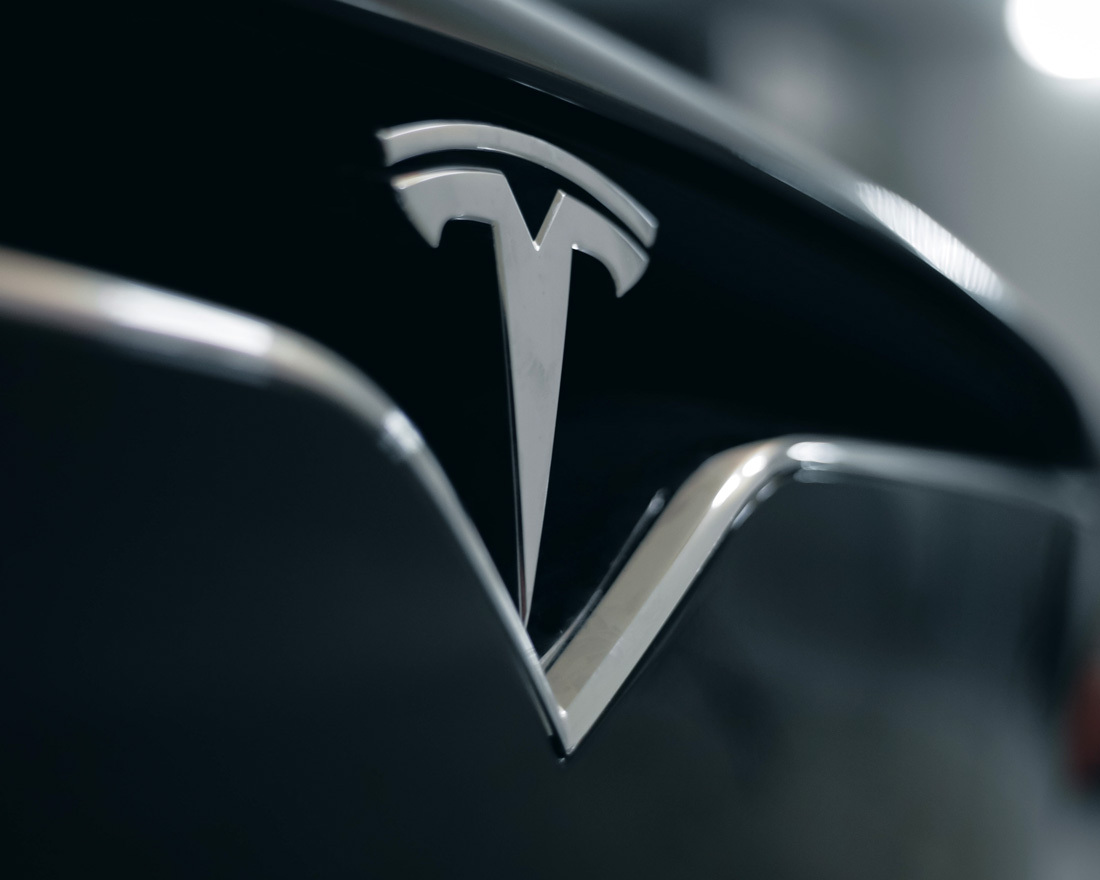 It’s hard to believe that a company so successful as Tesla didn’t even exist 20 years ago. Sure enough, though, Tesla, Inc. was founded in 2003 by two California engineers, Martin Eberhard and Marc Tarpenning. Yes, that’s right. Now world-famous CEO Elon Musk didn’t join the team until 2004 when he invested $30 million into the fledgling company.

With the introduction of its Roadster, Tesla offered an entirely electric car that was practical enough to meet consumer needs. After launching in 2008, the Roadster’s success set the stage for what was to come for Tesla. After multiple funding rounds, the company went public in 2010, when its IPO raised $226 million.

Shortly after its successful IPO, Tesla prepared for the release of its game-changing Model S, which it introduced to investors during a 2011 meeting. That now-famous slide deck was plenty informative, and it offered a variety of photos, diagrams and infographics. It also included entirely too much information on most of its slides and too much text to be consumed easily by audiences.

We started our PowerPoint makeover by customizing the theme that will ultimately apply to each slide in the presentation. When selecting the color palette of the slide deck, as well as the topography and styles, we chose options that complement Tesla’s branded style guide. The bold colors and consistency add pizzazz and unity to the presentation that the original lacked.

Every effective slide deck needs a title slide, where the presenter will introduce the presentation. Tesla’s original deck included a title slide, but we weren’t exactly impressed by it. We started our redesigned slide deck out with a bang by customizing Beautiful.ai’s Headline smart slide template.

We chose a slide layout that included an image, and we found a free stock photo of a Tesla car from the platform’s vast image library. We simply searched for, “Tesla,” and immediately we were presented with an assortment of eye-catching photos. From there, we simply added an additional photo box, but this time we chose a Tesla logo— also from Beautiful.ai’s image library.

We next chose Beautiful.ai’s Team Members smart slide template to introduce Tesla’s key players. Instead of the busy grid full of logos, we imported headshot photos of the Tesla team members. We simply expanded the list to introduce eight individuals, and we added a bold banner matching the slide deck’s thematic color scheme so the overall slide pops.

The next slide in Tesla’s 2011 investor presentation featured an infographic illustrating the company’s recent growth. We love a good infographic, but we wanted to improve on the original. We selected Beautiful.ai’s Column chart smart slide template, where we edited the X and Y axis and entered our data. The platform’s artificial intelligence automatically designed the perfect infographic in our branded color scheme.

Who were Tesla’s early partners, and what role did they play in the company’s journey toward success? Tesla’s original presentation deck highlighted Toyota, Panasonic and Daimler on three separate slides, each extremely cluttered with detailed text, photos and infographics— entirely too much information for any single slide.

In our redesigned deck, we consolidated the three partners to a single Photos with Text smart slide template, where we easily added each company’s logo found in our image library.

One element of Tesla’s original 2011 investor presentation deck we particularly appreciated was a quotation from Panasonic CTO Munhesa Ikoma. We dedicated an entire slide to this insightful statement, using Beautiful.ai’s Quotes smart slide template. All we had to do was edit the layout, moving the image to the right as we input the quotation.

It’s no secret that the Tesla Roadster led the way to the company’s overall success. Tesla’s original slide deck was again busy and cluttered without any sort of cohesive design. We quickly and easily redesigned the slide using our Photo grid smart slide template, which we adjusted to contain just three cells— one for a heading, one for a bulleted list and the third for another Tesla image found in Beautiful.ai’s impressive library of free stock photos.

Tesla’s biggest development of 2011 was the unveiling of the Tesla Model S beta prototype. The news was generating enough buzz to dedicate an entire slide in the investor presentation to introducing the long-awaited electric vehicle. We redesigned the slide to boldly reflect the excitement of the prototype’s release by customizing our Headline smart slide template, using another free stock image as the slide’s background.

Slide 8: A Class of Its Own

The next two slides in Tesla’s 2011 investor presentation deck detail the features and performance record of the Model S. By choosing Beautiful.ai’s Carousel smart slide template, we were able to add a common heading to the slide, then add separate images and text for each phase of the carousel.

Tesla next detailed its cumulative Model S reservations as of the time of the spring presentation. While we admire the company’s reliance on infographics, we knew we could make the chart more eye-catching and engaging.

We replaced the classic bar graph with Beautiful.ai’s Radial Bar Chart smart slide template. After adding a bold text box to the left of the slide’s layout, we simply selected the appropriate number of bars for our infographic before entering the corresponding data for each. Voila! Before our very eyes, AI designed a professional-level infographic.

To illustrate Tesla’s market opportunities, we selected our Hub and Spoke smart slide template and rotated the icons to form a diamond shape. Then, we added a photo to the center box, while we sought corresponding icons from our image library to illustrate each of the spokes. We then made our redesigned slide pop by shading the background with a thematic hue.

Beautiful.ai’s Process diagram smart slide template was the perfect choice to illustrate Tesla’s progress toward the ultimate launch of its Model S. The infographic automatically was customized to match our branded theme, and we simply entered a list in each corresponding text box. We finished off the redesigned slide by adjusting the format to feature another Tesla photo as a left sidebar.

Tesla included a rough diagram of its Fremont facility where the Model S would be manufactured. Instead of trying to recreate the drawing, we imported the image and added it to Beautiful.ai’s classic slide template, which lets users design a slide from scratch, much like is required by traditional presentation software such as PowerPoint.

Tesla illustrated its strategic asset purchases through a series of photos. We thought we could improve upon the original slide with a more cohesive design, so we chose Beautiful.ai’s Photo Grid smart slide template. We then adjusted the number and position of the cells, before we added photos to some and changed others to text boxes.

In its original 2011 investor presentation deck, Tesla also highlighted its short-term plans for its Fremont facility. We imported another diagram, which we added to an Image smart slide template, selecting a layout with two cells. We then changed one cell to a text box, and added the appropriate details.

Every visual presentation needs a strong closing slide to leave a lasting impression on audiences and provide the presenter with a placeholder to tie up any loose ends.

We created an eye-catching closing slide for our redesigned presentation by customizing another Image smart slide template. After selecting a colorful photo of a Tesla found in our free image library, and then adding the Tesla logo as a separate image on top of the first.

What do you think of our redesigned presentation? Did we improve upon Tesla’s original slide deck? Is our presentation engaging and memorable? Is our design cohesive and Tesla’s message clear? Is our slide deck, “beautiful?”